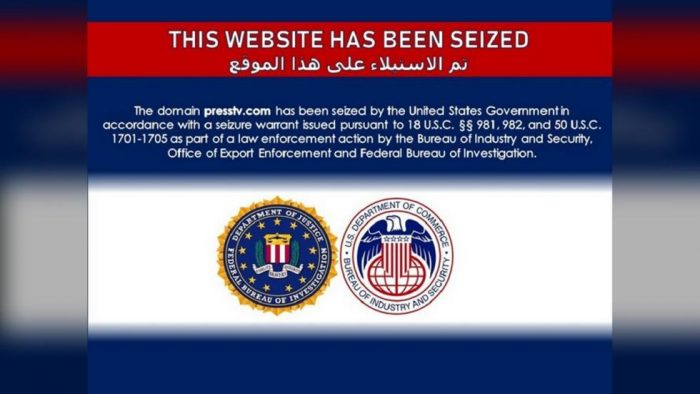 US authorities have seized multiple web-domains of Iran’s international media outlets Press TV and Al-Alam, along with the Yemeni TV channel Al Masirah, run by the Houthi faction, an Iraqi Shia satellite channel, and others.

Why did the US 'seize' the outlets?

Visitors to the PressTV.com and a number of other websites were greeted on Tuesday with a notice that they were seized under the United States laws that allow civil and criminal forfeiture of property involved in “trafficking in nuclear, chemical, biological, or radiological weapons technology or material, or the manufacture, importation, sale, or distribution of a controlled substance.”

There have been no comment from any American officials. Due to this, there has been a speculation that the domains have been hacked. Furthermore, the seizures appear to have affected only the .com and .net domains that are under US jurisdiction. PressTV remains available at the .ir domain.

In a statement released through the YSC, Al Masirah had said that they were not surprised by the US seizing the domains due to the fact that it as it “comes from those that have supervised the most heinous crimes against our people.” The“ban” on the website “reveals, once again, the falsehood of the slogans of freedom of expression and all the other headlines promoted by the United States of America, including its inability to confront the truth,” the outlet said.