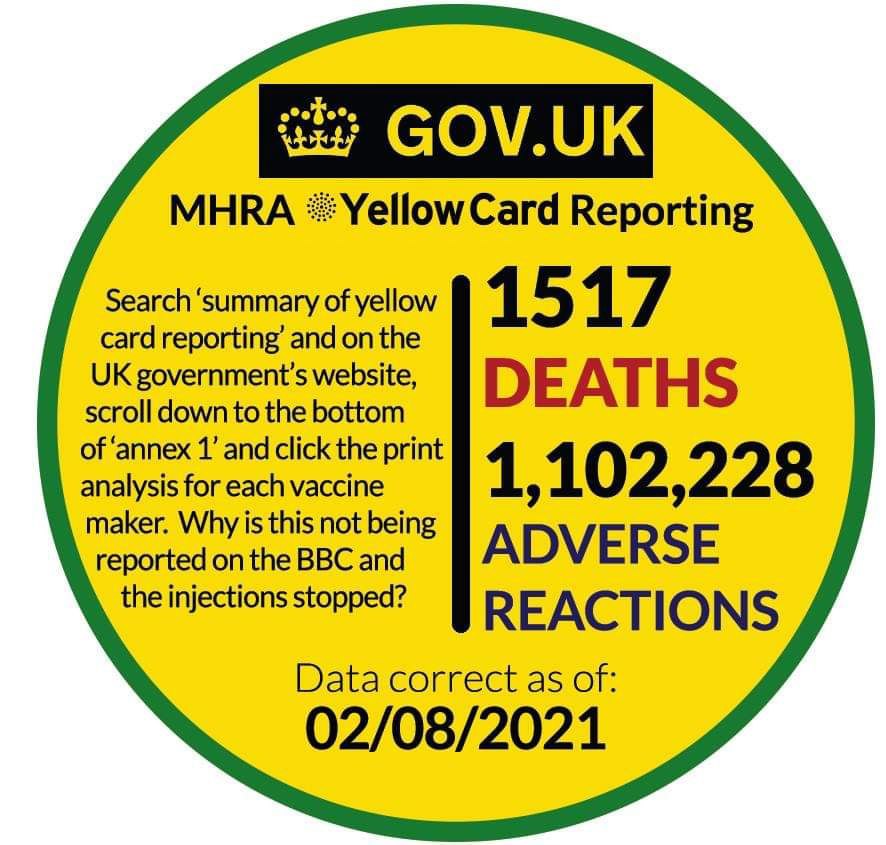 What follows is a recording of John on Jeremy Vine's show. He managed to squeeze past the gatekeepers of the show by claiming that he was a regretful Antivaxxer. Well, that was the story before he was LIVE on air. The discussion was supposed to take the side of vaccine regrets, where you say you won't get jabbed or a loved one has issues or dies. Sounds pretty tragic hey!

The media are currently busy will promoting the message of failed vaxxers who regret their decision of not getting vaxxed. It is Interesting see that Main Stream Media (MSM) haven't uttered a word about the thousands that have possibly died from the Vaxx. Not a miserable word. Not one. Lets continue with the story of John shall we ....

Once on the show, John proceeded to call out the BBC on their biased propaganda. He went on to tell Jeremy about the 1,517 people who have died from the vaccine in the UK - according to the data from the Yellow Card reporting system and still the BBC haven't reported a single death. Investigative journalism at its best! Jeremy goes on to refute the claims and says that 60,000 lives have been saved. As we know this is complete fiction.