Pakistan to Ban Unvaccinated from Motorways and Other Restrictions 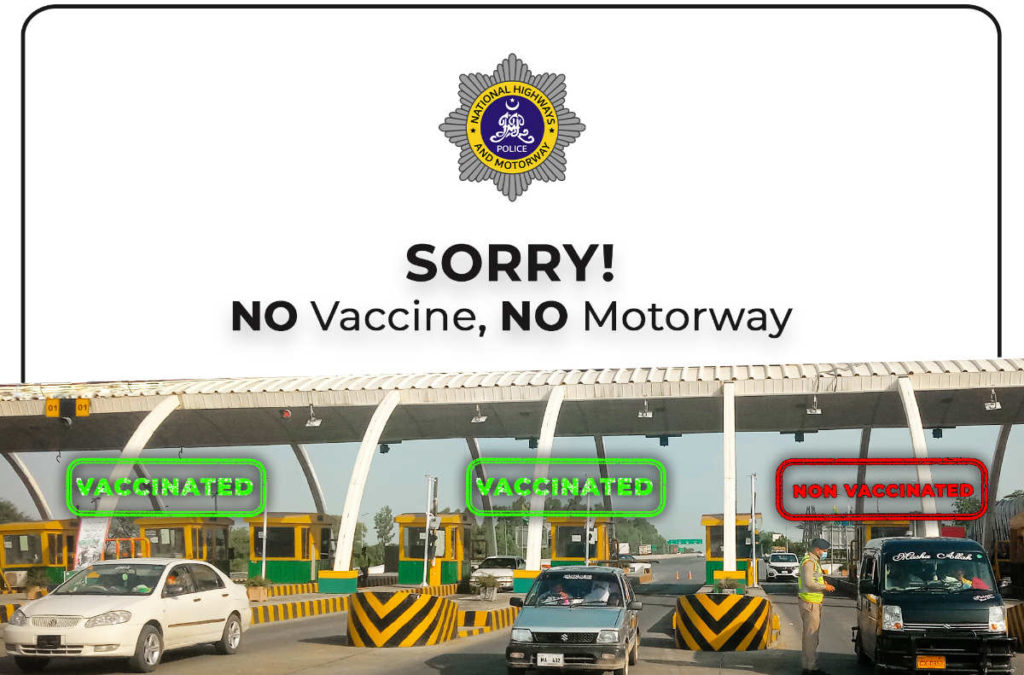 Pakistan clearly demonstrates, to the world, that they are void of all scientific understanding and human rights compassion. Unvaccinated from Motorways.

The National Highways & Motorway Police (NHMP) has announced that after September 15, unvaccinated people will not be allowed to travel on the motorway.

It seems fascism has no wrath as Pakistan does. The NHMP announced on Thursday that people should "get ready" and "get vaccinated" before September 15 and carry their vaccination certificates with them.

It appears that they do have leniency left in their bodies as you only need a single dose of the vaccine in order to travel on the motorway after September 15. He added that after October, no one will be allowed to use the motorways without vaccination.

Air travel
Vaccination for domestic air travel will be mandatory after September 30.

All people have to do is to submit the required details and their certificates will be generated, Sultan said.

Pakistanis vaccinated abroad too will be able to generate vaccination certificates from the NADRA website starting August 26.

No vaccine certificate, no petrol in Lahore
Earlier today, banners were placed all over Lahore saying that unvaccinated persons will not be provided fuel from September 1.

One banner read: "No vaccination, no service. From September 1, only customers with coronavirus vaccine certificates will be able to buy petrol."