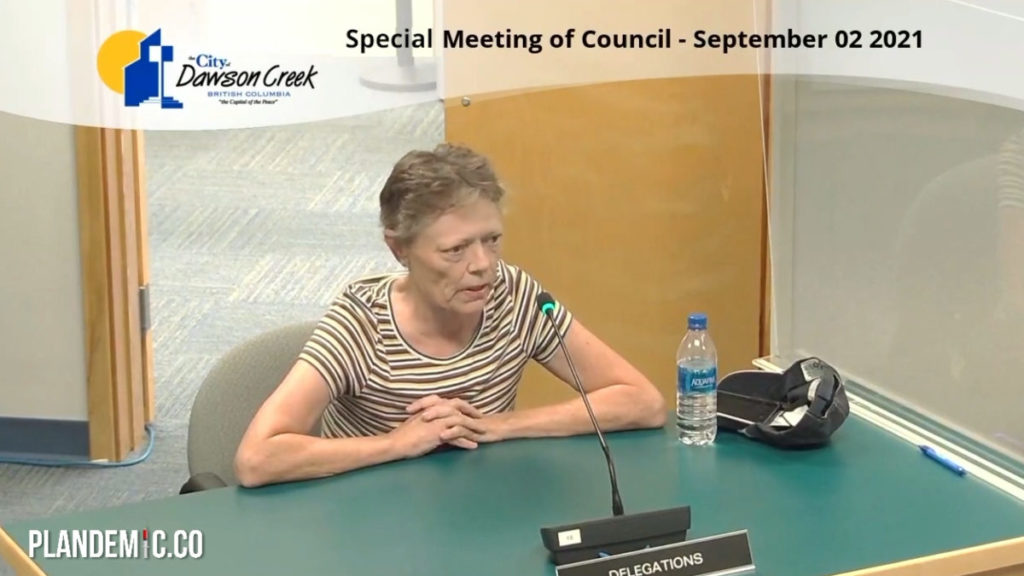 Dawson creek health practitioner Gina Goad educates the local Mayor at Dawson Creek about the vaccine. This was at a special meeting on 02 September 2021.

A foreign substance that can insert itself, and possibly permanently insert itself, into the DNA of a human being is unheard of but strangely accepted in these troubling times.

Gina discusses VAERS, which is a reporting system in the US, and how 13,000 people have reportedly died from the vaccine. You have to keep in mind that only 1% of cases are logged in VAERS, so the true figure may be closer to 130,000. As we know from our whistleblower friends like Jodi O'Malley much of what is going on is ignored or brushed under the carpet.

I think I've talked enough, on to the video....