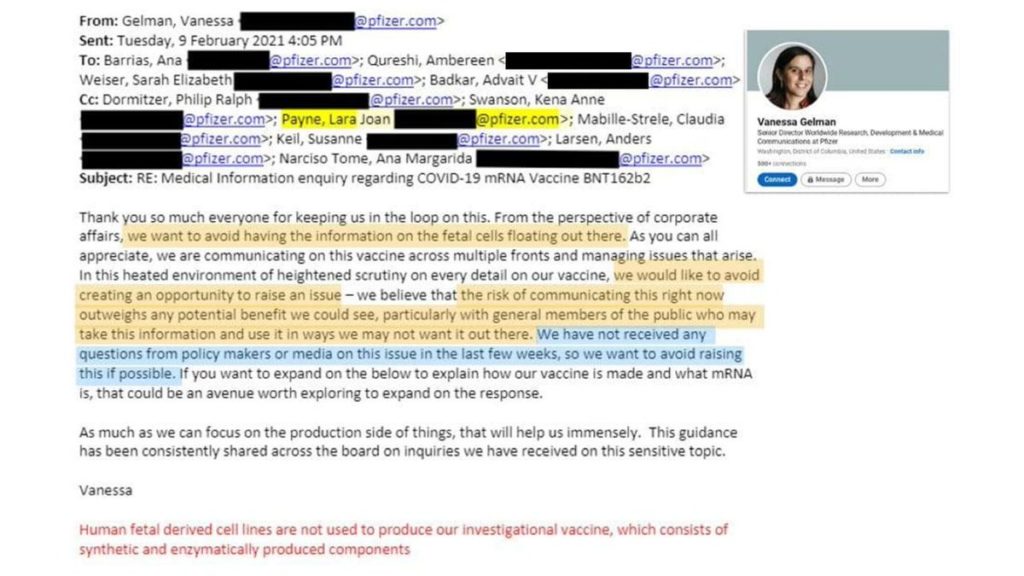 Just recently, an ex-Pfizer employee had come out and leaked emails from Vanessa Gelman advising to keep the use of fetal cell lining for their vaccine under wraps. Now, an employee of Project Veritas (a well-known whistleblowing group) has found Gelman outside of her home and had simply said "Are you Vanessa? Vanessa Gelman, I'm a reporter with Project Veritas-" and that was enough to send her RUNNING.

In the exposed emails sent by Gelman, she had “From the perspective of corporate affairs, we want to avoid having the information on fetal cells floating out there…The risk of communicating this right now outweighs any potential benefit we could see, particularly with general members of the public who may take this information and use it in ways we may not want out there. We have not received any questions from policy makers or media on this issue in the last few weeks, so we want to avoid raising this if possible.”

In more emails this had been found:

The whistleblower herself, Melissa Strickler, had said herself that “They’re being so deceptive in their emails, it’s almost like it is in the final vaccine. It just made me not trust it.” And I can see why. They are completely evasive throughout the emails - so why should we trust them?

The fact that Gelman ran away from the reporter after this whole ordeal could show that she's hiding a whole lot more than what we've found out recently.