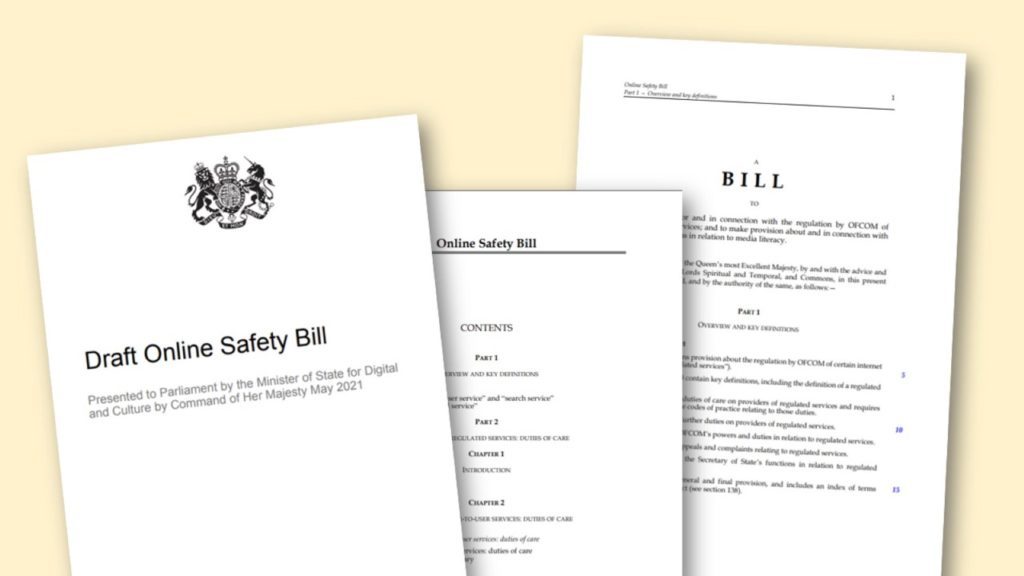 The British government ministers have included recommendations in order for people who publish "knowingly false information" as part of the Online Safety Bill. Those who end up being convicted will have to face two years in prison. This bill is expected to be raised in Parliament on December 10th, where the bill will officially begin its journey through Britain's legislature.

The intended focus of the revised offenses is to place less emphasis on the content of a communication. They're going to be centring on the potential harmful effects - where the communication is "grossly offensive or indecent".

What does it mean for those of us that are warning people about the plandemic? Our content has already been coming under 'misinformation'. Now, the government is pushing to make the spreading of 'misinformation' illegal. Why wouldn't they bring this bill in earlier if they really cared? With the COVID scepticism rising, they need to squash it somehow. And this is how they do it.

Accordingly, the government will consider whether to criminalise the publication of a “knowingly false communication,” described as sending or posting a message which is “intended to cause non-trivial emotional, psychological or physical harm to a likely audience.” According to The Times, a government insider suggested that “false information” around COVID vaccines could be prosecuted.

So, now trying to educate those around us about the current state of the COVID plandemic is illegal and is going to get us chucked in prison. What happened to our freedom of speech? I understand some other information could be harmful online however, at this point they're trying to just scare everyone into silence.

In addition, the proposal suggests an offense against “pile-on harassment,” by which individuals who join in sending messages deemed harmful, though not initiating the supposed harassment, can be prosecuted.

Conservative MP David Davis commented that the legislation would likely prove “catastrophic” for freedom of speech, telling Sky News that the bill represents “a good example of the best of intentions leading to the worst of outcomes.”

“You can be sure that in any area of controversy — political issues, culture wars, or even COVID science — there will be plenty of people complaining and demanding a post be taken down,” Davis said.

“With Silicon Valley mega corporations as arbiters of the truth, anything that appears online and can be characterised by someone as misinformation could be censored … The chilling effect on free speech will be terrible.”

The former cabinet member noted that “[l]obby groups will be able to push social networks to take down content they view as not politically correct, even though the content is legal.”

David Kurten, leader of the pro-family, pro-tradition Heritage Party, echoed Davis’ concerns, telling LifeSiteNews via email that the Online Safety Bill “will essentially put an end to free speech in the U.K.”

A government spokesman defended the bill, suggesting that the updated offenses are simply a way of “making our laws fit for the digital age.” This is clearly just another way to silence people who oppose the COVID vaccine. They know we're right, and they're trying to stop us from spreading the truth.

“If this Orwellian bill becomes an act,” Kurten said, “such citizens are likely to face criminal charges and prison sentences for speaking the truth. It should be binned before the U.K. turns into a totalitarian police state.”