AstraZeneca Vaccine can Cause Guillain-Barré Syndrome! 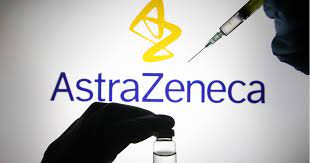 As we all know, the vaccine is untested and we are uncertain of the long-term effects of them. A rare nerve disorder have been added to the list of side affects of the AstraZeneca vaccine. This nerve disorder is called Guillain-Barré syndrome.

The European Medicines Agency said last month that 833 cases of Guillain-Barre syndrome had been reported worldwide out of 592 million doses dished out.

In the UK, there were 393 UK cases of the nerve disorder after vaccination but the watchdog is still not certain if the immune condition is occurring more often than it normally would. It is not clear how many of these led to long-term complications, but three Britons have died.

The Medicines and Healthcare products Regulatory Agency (MHRA) added there have been 44 suspected cases following administration of the Pfizer jab, and one death. There have also been three cases after inoculation with the Moderna jab.

What is Guillain-Barré Syndrome?

Guillain-Barré is a rare autoimmune condition that can be set off by viral infections. It is thought to be triggered when the immune system misfires and starts attacking the body's own nerve cells. Symptoms of the condition include numbness, pins and needles, muscle weakness and problems with balance and co-ordination. The NHS says they tend to start in the hands and feet before spreading up the arms and legs. Treatments include painkillers and blood transfusions to help bring the condition under control.