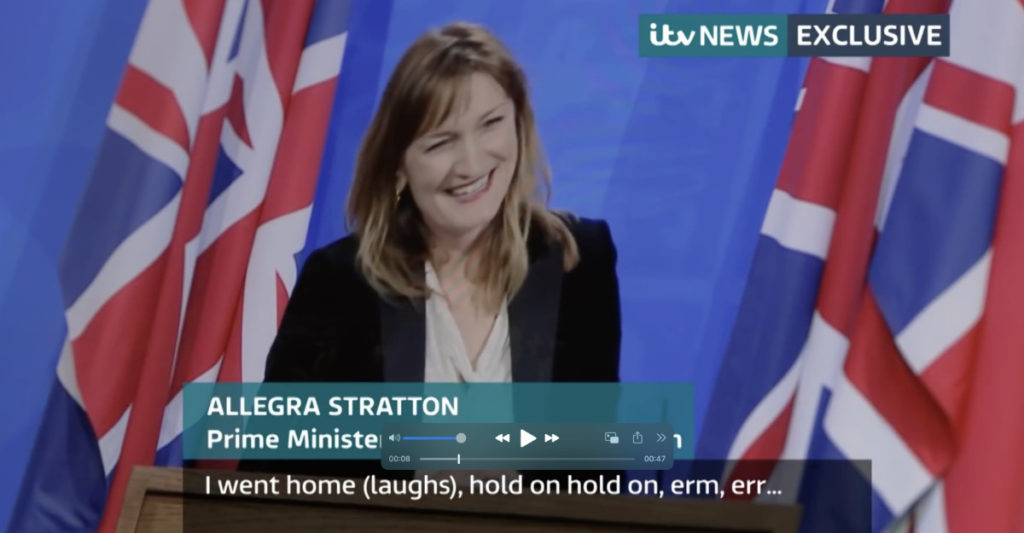 Apparently, a leaked video has surfaced online that shows senior Downing Street government staff laughing and joking about a Christmas party that took place while the rest of the UK was under strict lockdown restrictions last winter.

Allegra Stratton, the prime minister's then-spokesperson, is heard saying "cheese and wine", and joking around that there was "definitely no social distancing"

The video was obtained by ITV News of a mock press conference of Boris Johnson's team on December 22 - four days after the alleged party took place.

Ed Oldfield, an adviser to the prime minister, asks Ms Stratton: “I’ve just seen reports on Twitter that there was a Downing Street Christmas party on Friday night, do you recognise those reports?”

“I went home”, replies Ms Stratton, laughing, before then collecting herself and seemingly trying to work out how to respond to the question.

After a lengthy pause, Mr Oldfield asks: “Would the prime minister condone having a Christmas party?”

Ms Stratton laughs again, and looks down, before saying: “what’s the answer?”

Last week the government spent much time denying that such a gathering took place with Downing Street saying: "There was no Christmas party. Covid rules have been followed at all times."

One rule for the elite and one for the peasants it seems .....