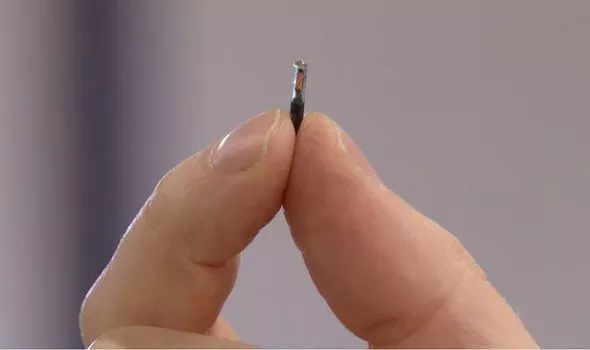 A Swedish tech company had announced that they had invented a scannable microchip that could be implanted into people's arms and display their COVID-19 vaccination status. While this is a new step for humans, this is the kind of thing that are implanted into household pets.

Remember back when the awakened community said that eventually, they would force the vaccine and then chip us to display our vaccination status? Before, we were called crazy, but now this is exactly what is happening. The company creating this implants had assured that the implants are not tracking devices and are only in use when scanned. On the other hand, Paul McClure, the co-founder of a different scannable medical tag, had said that other companies will be able to use the technology to track people.

Would you want to risk that? You can show your vaccination passport while getting tracked by companies. And we thought Facebook was bad. We have come to the digital age where everyone is tracked online, however, this is next level. When you think of some controlled, dystopian future, don't these kind of tracking chips come to mind? Because they certainly do for me.

How could you get tracked by these chips implanted into your arm? This is explained by Mr McClure.

He had explained to Express.co.uk that the technology works on Near Field Communication (NFC). The chip is activated when an NFC reader is passed over it - most smartphones have NFC technology and can read this chip. So, while the chip itself doesn't allow you to be tracked, any venue which scans the chip can then use geolocation to record wherever you have scanned this chip or checked in with it.

McClure had also said that when the developer of the chip had "said that this cannot be used to track your location- yes it absolutely can, but not on its own". With the right technology scanning the chip, it could 100% track your location at that moment of time.

In a way, both of these technologies track your location and data to a much lesser degree than your GPS enabled smartphone, which can track your real-time location, not just when you scan it somewhere.